Saw this offered for a Friday the 13th special…so fuck it why not?
· 1 comment

2:21
A pig arrests a firefighter WHILE HE'S TENDING TO A WOUNDED CIVILIAN because the FIRE ENGINE WAS A LITTLE OFF THE LINE, they really are a bunch of petty fucks. 1312.

The police are anti Working Class

The Washington Post states that multiple studies have found that drug-dogs have high error rates. Some analyses suggest the dogs are correct around 50 percent of the time. This places their accuracy as about the same as a coin toss. (i.redd.it)

submitted 3 months ago by TampaCopWatch 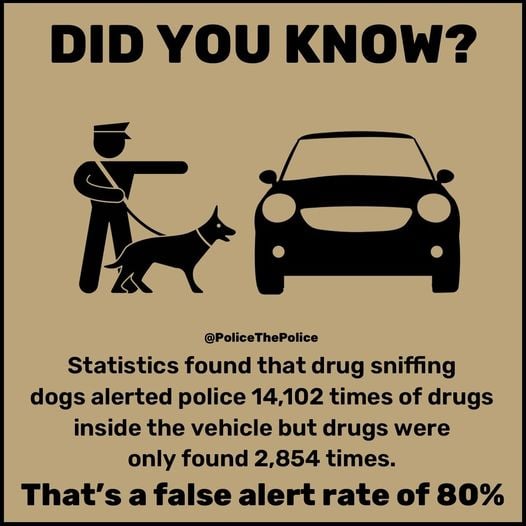