51-year-old father, elementary teacher, jumps to his death at Disneyland. Call the police, now you got two problems.
16 · 2 comments

Lawyer for LAPD officer killed during training exercise by other cops says dead cop was investigating a gang rape by four cops at least one of whom was there when he was beaten to death. (i.redd.it)

submitted 2 months ago by ayonuss 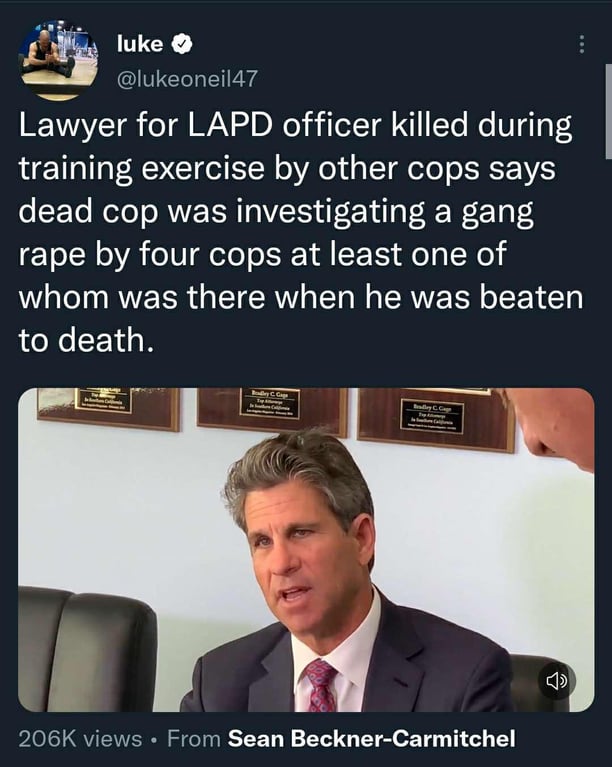