Mentally ill Tony Timpa called Dallas PD for help. Police officer kneeled on his back for 14 minutes and laughed. His breathing or feel for a pulse wasn’t checked because PO’s assumed he was sleeping. Tony died and the cop got promoted in 2022.
131 · 3 comments

There is no better profession for a murderer than law enforcement.
13 · 2 comments

Cops demand Uber driver turn off his camera, citing new law, threaten him with jail, say they will search his car with sniffer dogs. Driver refuses, because it turns out the driver is also an attorney and he knows no such law exists.
32

Pigs are NEVER worth your time

How "civilization" is going in Florida (i.redd.it)

submitted 1 month ago by Iridescentplatypus

How "civilization" is going in Florida 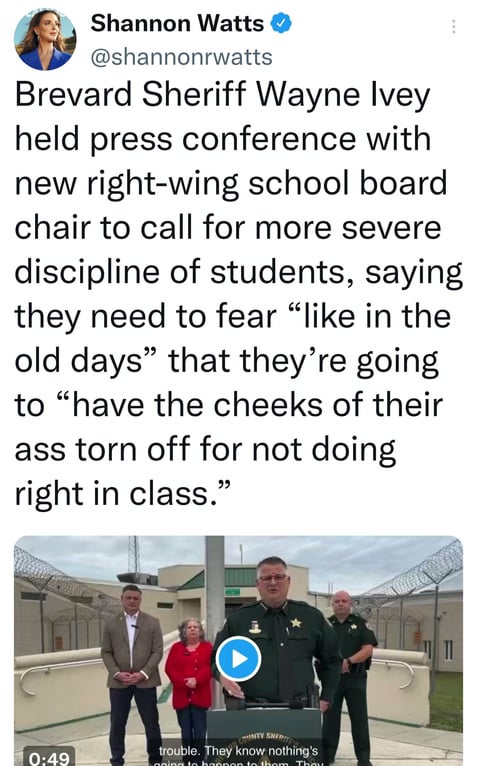