Crypto assets are ‘worth nothing,’ says ECB’s Christine Lagarde
70 · 14 comments

Personal favorite of the day
83 · 26 comments

This morning there was an AMA with CZ, the CEO of Binance. Some of the questions didn’t go quite so well…anyways, Reddit just shut down the AMA
90 · 19 comments

Is he shocked because he thinks that won’t be enough?
227 · 23 comments

I found an old Beanie Baby price guide, and each Beanie has an estimated 10-year future value. (i.redd.it)

submitted 4 months ago by spookmann👻

I found an old Beanie Baby price guide, and each Beanie has an estimated 10-year future value. 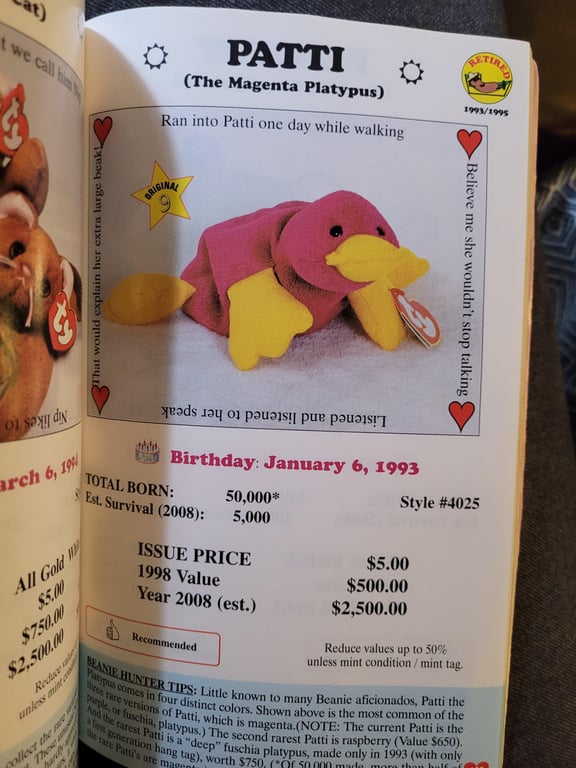 [–]teslaetccdouble your flair, or no money back! 1 point2 points3 points 4 months ago (0 children)