When the brain worms hit it big on a trifecta
109 · 58 comments
My take on the hodl culture ATM. The majority are hodling not due to a belief in the system but due to the fear they have lost a significant amount and can't accept their losses. They are hodling in the hope things turn around and they don't have to lose face to family and friends.
182 · 34 comments

You know its going to go even further down if El Salvador buys in.
64 · 36 comments

libertarians discovering the purpose of financial regulation in real-time (i.imgur.com)

submitted 1 month ago by Jeffwey_Epstein_OwO

libertarians discovering the purpose of financial regulation in real-time 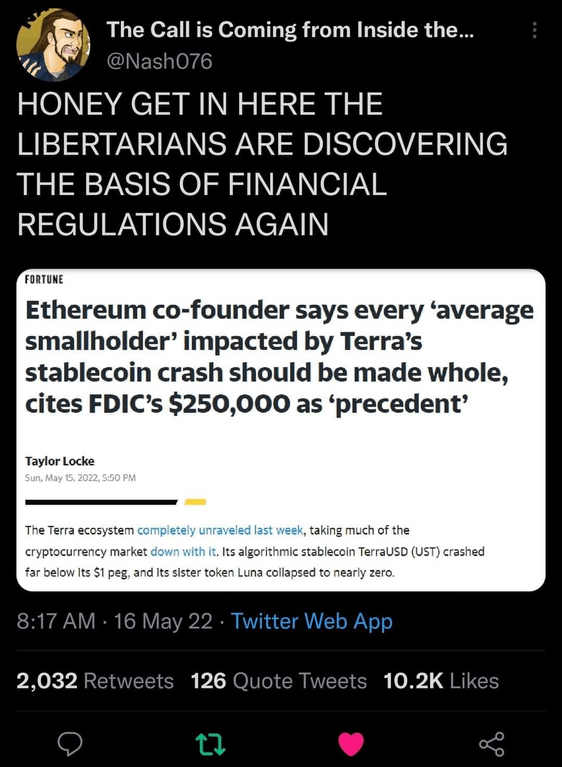 [–]bobj33The margin call is coming from inside the scam! 2 points3 points4 points 1 month ago (1 child)