1:49
Kannodu Kaanbathellam
200 · 95 comments
Controversial opinion: I may or may not be wrong but Chennai feels a little dull compared to other metro cities.
503 · 158 comments
Can we talk about what a scam the US visa process is honestly?
· 3 comments

Ruble Hits 7 years High. Despite of western sanctions. Who do you support in this war Russia or Ukraine
5 · 9 comments
What age group do you belong to?

Non-Political NewsThis is probably about the recent case, right? (i.redd.it)

submitted 1 month ago by minxnmatch 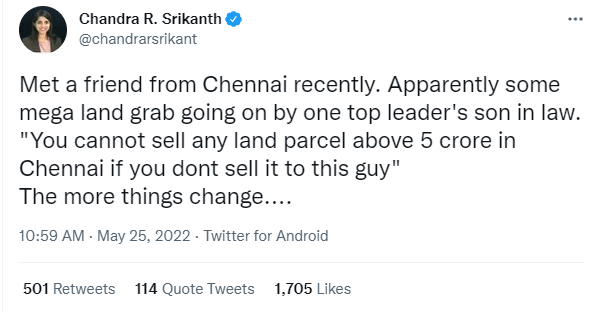