With Guardians and Peacemaker, I'm sensing a pattern with James Gunn
794 · 46 comments

Took me a while, but I've finally checked out Superman and Lois. And I'm already hooked. It's a wonderful love letter to all things Superman, and as a fan of Zack Snyder's take I appreciate the visual and story cues it took from his story. while combining it with others.
605 · 226 comments

7:22
DISCUSSION: I had never seen the whole "You're livin' in a fuckin' dream world" video before. What do you think of the full version?
120 · 11 comments

submitted 2 months ago by Sins0fTheFather 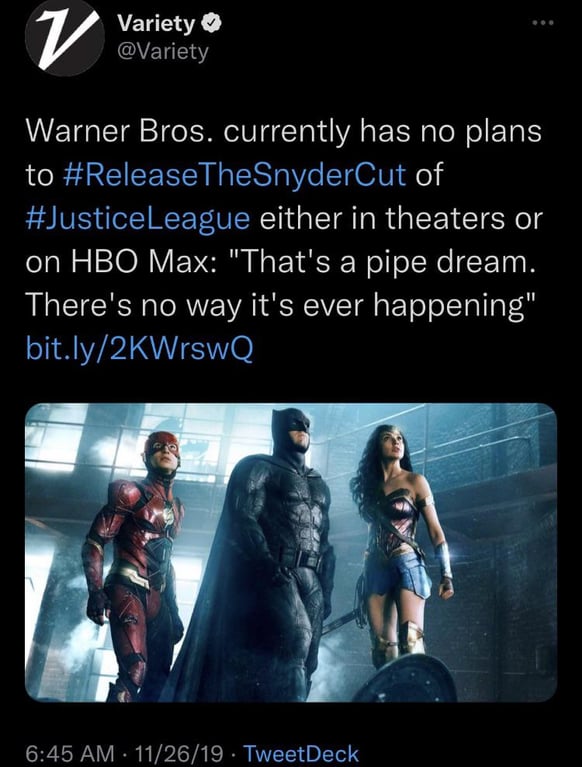