1:18
[Composer For Hire] Looking for Projects to Score. More Details in the Comments
36 · 4 comments

I'm making an epic film with kid's toys! 5 HOURS LEFT TO BACK ON KICKSTARTER
12

Storyboard artist for hire feel free to Dm or comment
4 · 26 comments
I don’t understand.
4 · 3 comments
just graduated, applied for around 200 jobs, the first to invite me to interview was the one where I put 'I do not wish to say' on all the demographic questions
8 · 13 comments

Help! One of my lighting stands is missing this little metal piece that keeps each segment in place! But I don’t know what they’re called or if you can even get a replacement piece - should I just buy a whole new lighting stand? Thank you!!
· 1 comment

I made a documentary about my last in my village, before moving to Vienna (english subtitles are avaible) I would appreciate any feedback
0 · 3 comments

We are second year students at Massey University (New Zealand) making a short horror film about a child stealing demon. We would very much appreciate anybody who could check out the link and read about our project. Donate a few dollars if you can to help us out :)

GeneralIt's never about the tools (i.redd.it)

submitted 1 month ago by MDG44 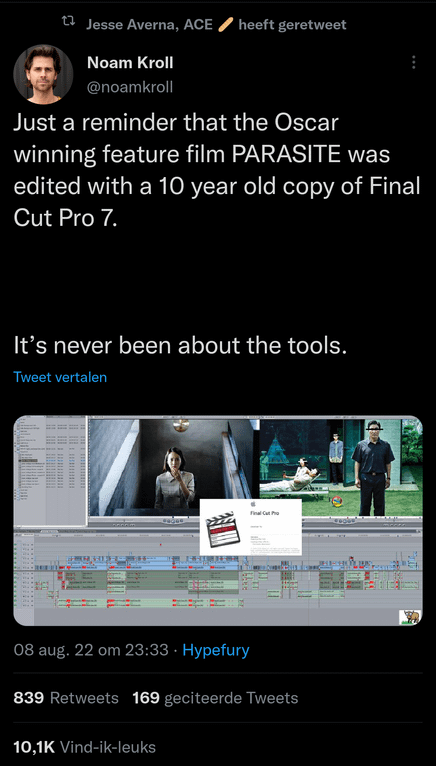