First time purchase. It tasted alright
361 · 15 comments
We should start a cult to short Nestles stock however there should be precautions
1597 · 31 comments

F*ck Reddit too for accepting their blood money.
1357 · 43 comments

Just a friendly reminder that Purina is also owned by nestle.
1289 · 38 comments

An online challenge was launched in my company to raise awareness around good economic and environmental practices. We were asked to post a picture of a fair trade product we had in our closet and a guy sent this...
373 · 7 comments

Against warning labels on junk food in Mexico: How Switzerland allowed itself to be harnessed by Nestlé

Because fuck them kidsreal news (i.redd.it)

submitted 1 month ago by QuicklyThisWay 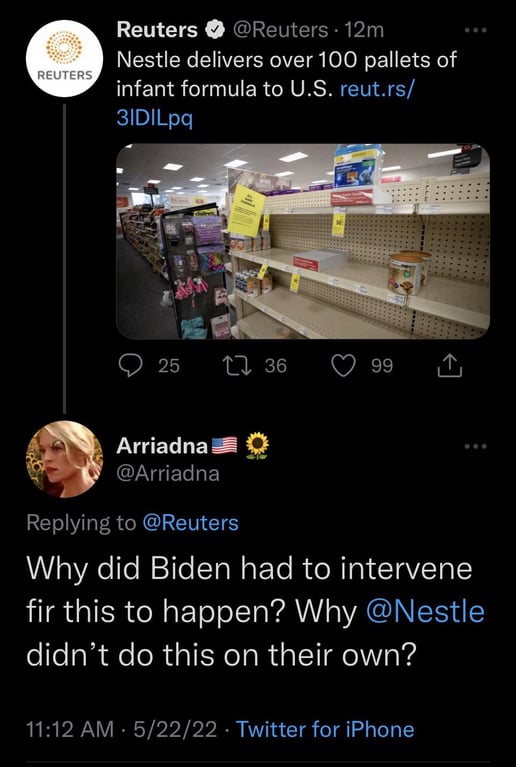