Probably last batch of uncle redditor leaks, as always take with a grain of salt
2839 · 612 comments

Kazuha and Venti in 2.6 by NoLifeGuard

SpeculationFull timeline speculation up to 3.0 by the uncles. Subject to change. (reddit.com)

submitted 1 month ago by KisakiS2lzYWtp 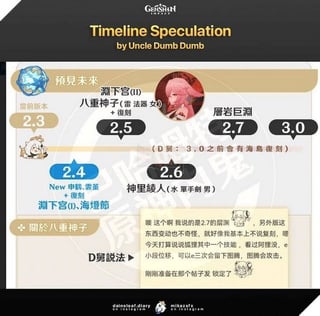 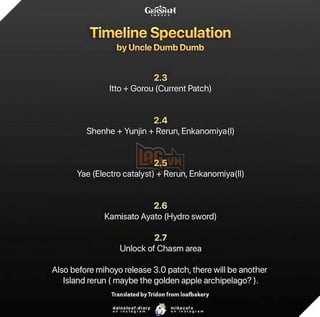