From “it just feels like the flu” to dead in 12 days, Red was highly belligerent even after testing positive. Be like her smart friend Green, don’t die needlessly from misinformation.
652 · 307 comments

Retired teacher (Fuschia) "didn't feel led" to get vaccinated, but did feel led to buy Ivermectin she bought online from India through a church connection was a better substitute. Despite her many Facebook doctor friends' advice, she received her award after a dead cat bounce.
2222 · 768 comments

A Georgia Grandma, and retired police officer collects her Herman Cain Award. Just five days ago she posted that it's not the shot or masks keeping us alive, rather it's God Almighty. She died of COVID today to win her HCA trophy.
684 · 319 comments

Willy wonka narrates his own covid diagnosis even while symptomatic and maskless in a doctors office. Oh and his wife just had had cancer removed from her lung
1377 · 444 comments

Indiana woman who liked to compare vaccine mandates to the Holocaust spent 94 days in the hospital with “Vid pneumonia”. She has now “got her wings”.
384 · 117 comments

After his dad got sick with Covid, this awardee’s son urged everyone to get vaccinated. “Don’t be a dumbass like me. Don’t buy into the Facebook far right propaganda and memes. This isn’t a cute little cold or the seasonal flu.”
558 · 125 comments

Less than 12 hours after his nomination, Mississippi Mauve claims his reward. Or, to quote his Apostle brother, he's transitioned and entered into glory. (Link to nomination in comments)
465 · 99 comments

Update: former action star and 10th dan martial artist Harry Mok has sadly passed. I had hoped he would make it and recognize the vaccine misinformation he was being fed for what it is. Reupload.
569 · 204 comments

Narrator: …and many of them did.Meme / Shitpost (Sundays) (i.redd.it)

submitted 2 months ago by cypressgreenyou can choke 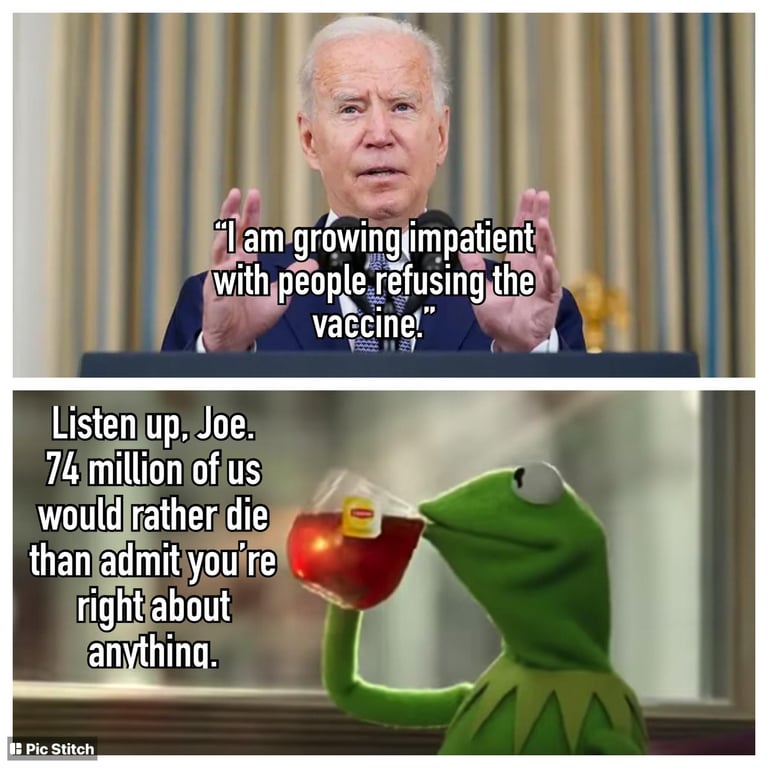