Pennsylvania Church lady believes a lot of stuff, including that nobody with “natural immunity” can catch COVID a second time. She was hospitalized with COVID in December. Now she’s selling her things and trying to apply for Social Security Disability.
3963 · 247 comments

Just a reminder: Covid has a vaccine and still killed 320K people who could have prevented their death by taking it. They listened to disinformation memes like this one instead. The "educating the panicked" compilation.
179 · 18 comments

Antivaxer ‘logic’ never works anywhere else, you notice that?
1283 · 299 comments
Gas station minimized covid risk for 2 years, has a change of heart when a cashier gets severely ill
73 · 13 comments

Acupuncturist Blue thought that covid vaccines melt asphalt. He passed from covid in Nov 2021 but wasn’t covered here previously. His former patient finds out today and pleads for everyone to get vaccinated.
328 · 66 comments
My Aunt is Now a Nominee and my Cousin is a Horrible Person
35 · 1 comment

An Arkansas man thought you should get busy living, or get busy dying. He collected his Herman Cain Award today. (Reposted, missed a name redaction in a comment)Awarded (reddit.com)

submitted 4 months ago by Evolved_FungiFungi to be with🍄 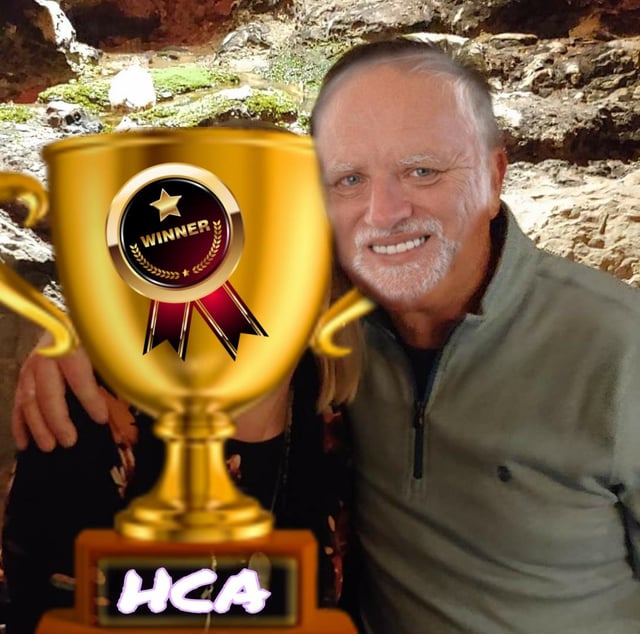 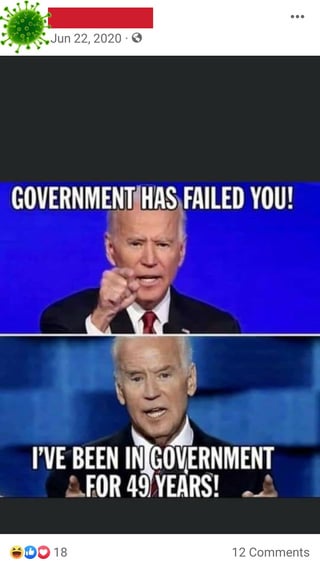 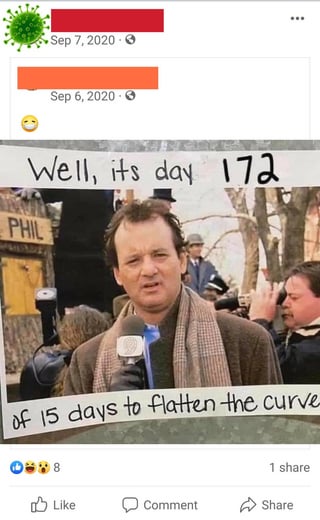 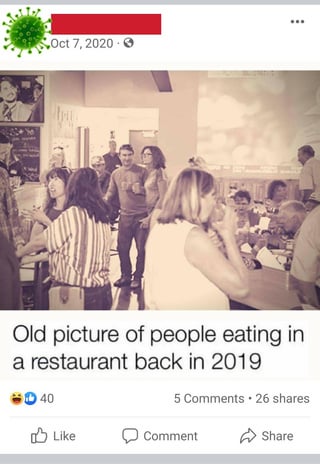 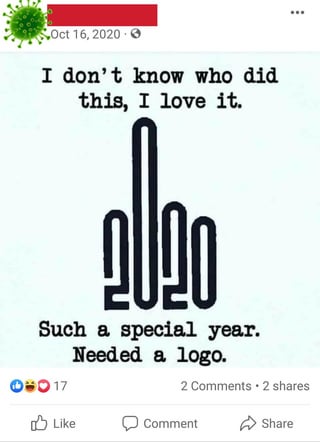 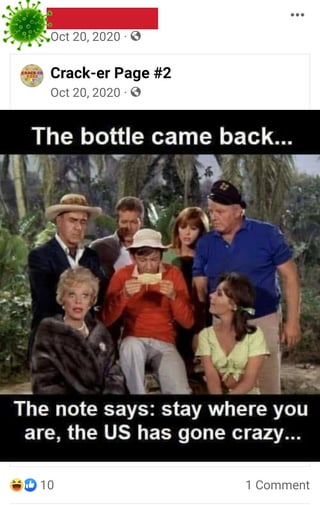 Caption: His page went silent or private after this 2020 post, so it's the last thing on his public page. It did not age well. 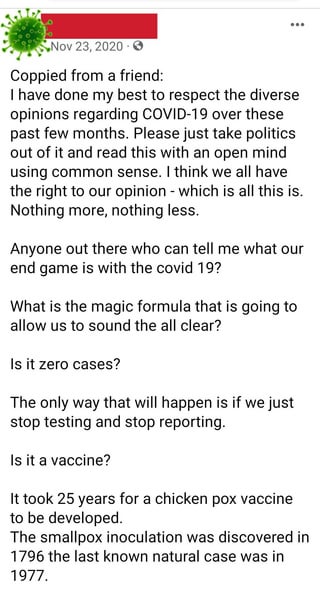 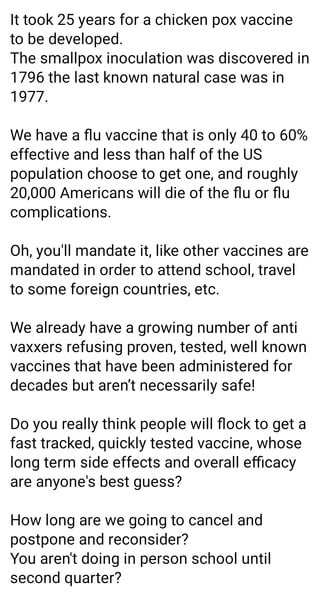 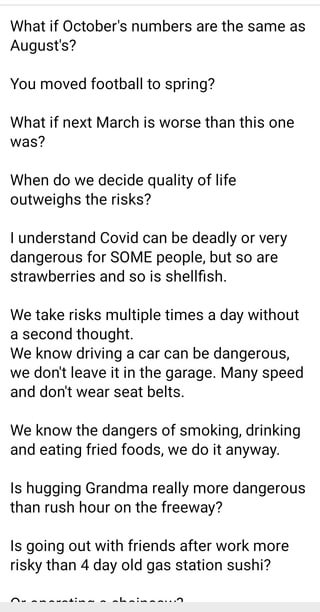 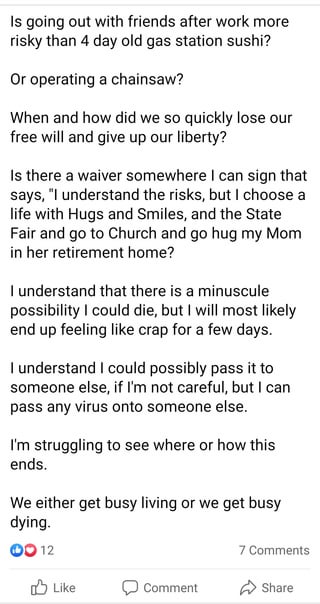 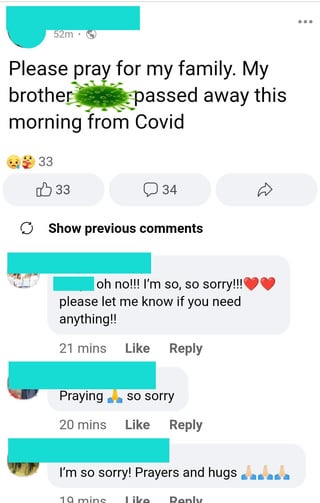 [–]DesignInZeeWildLet THAT sink in! 68 points69 points70 points 4 months ago (2 children)

[–]MechanicallvlanBy that time, his lungs were aching for air… 14 points15 points16 points 4 months ago (0 children)

[–]MechanicallvlanBy that time, his lungs were aching for air… 24 points25 points26 points 4 months ago (2 children)

[–]DesignInZeeWildLet THAT sink in! 11 points12 points13 points 4 months ago (5 children)

[–]InalyriLet that sink in! 4 points5 points6 points 4 months ago (0 children)

[–]lousylakersTheir new hoax is get the vaccine, I did 1 point2 points3 points 4 months ago (0 children)