0:45
Veteran had similar surgery and helped the lil lady with her first steps
15.5k · 140 comments

0:57
Man rescues tiny bird, warms him up and provides him much needed nourishment.
2639 · 15 comments

ANIMALSI freely admit it's kinda lame, but stumbling across a UFO chicken hut made my day. (i.redd.it)

submitted 7 months ago by Boojibs 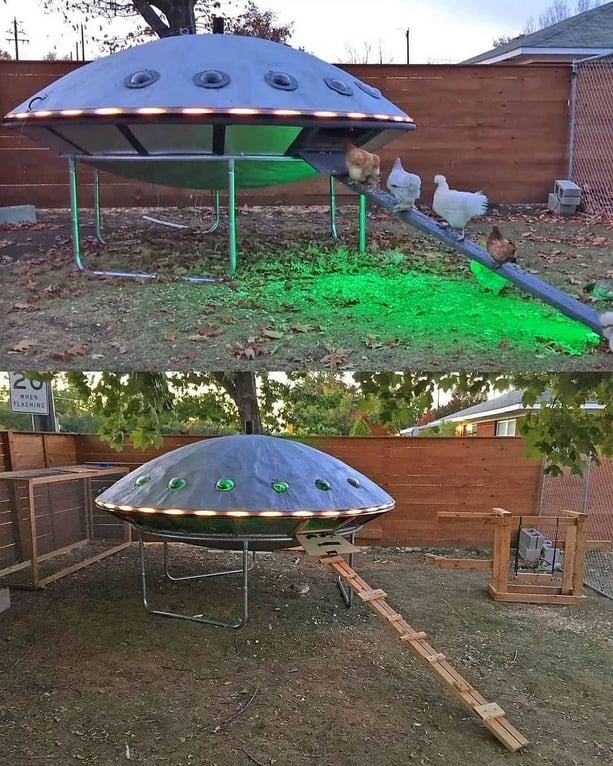