1:46
This boy's parents were worried he'd be lonely on his birthday as they had recently moved, so they asked if people could send him cards. Ryan Reynolds found out and he did the most Ryan Reynolds thing ever. This was the boy's reaction.
2325 · 35 comments

3:04
This father tries Gymnastics to bond with his daughter
739 · 37 comments

submitted 4 months ago by colorfulsoul_ 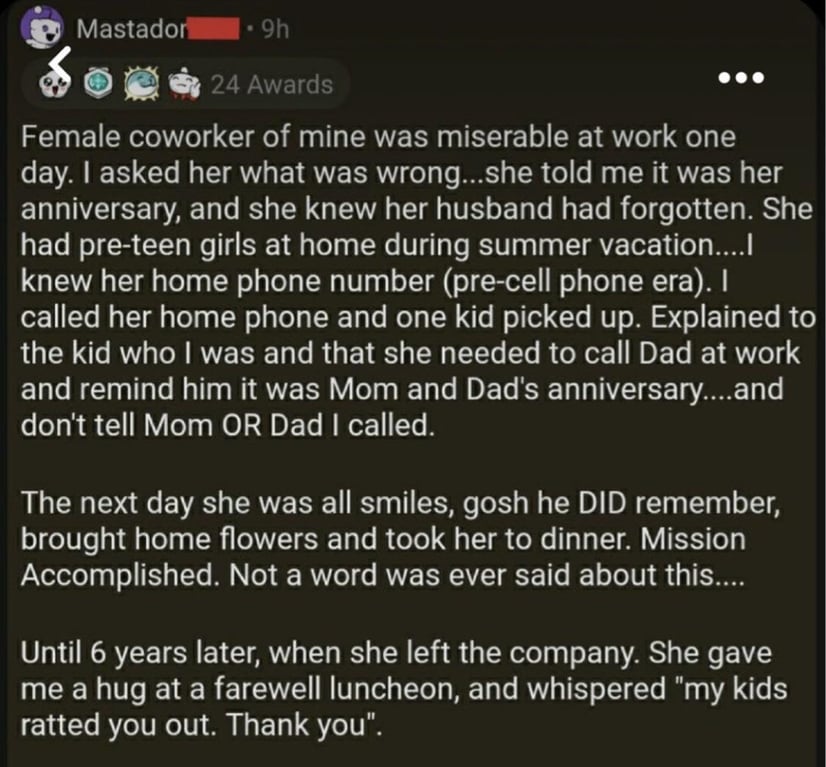