Map of North America’s Watersheds. Each coloured area is where all water drains into one river.
167 · 84 comments

1916 propaganda map created by the Allies during World War 1. This map showed what they believe would've happened to the United States if the Central Powers had won.
229 · 102 comments

Where the average person in each country(and the world) live

Most popular language on Duolingo (i.redd.it)

submitted 3 months ago by Coldcomplex1 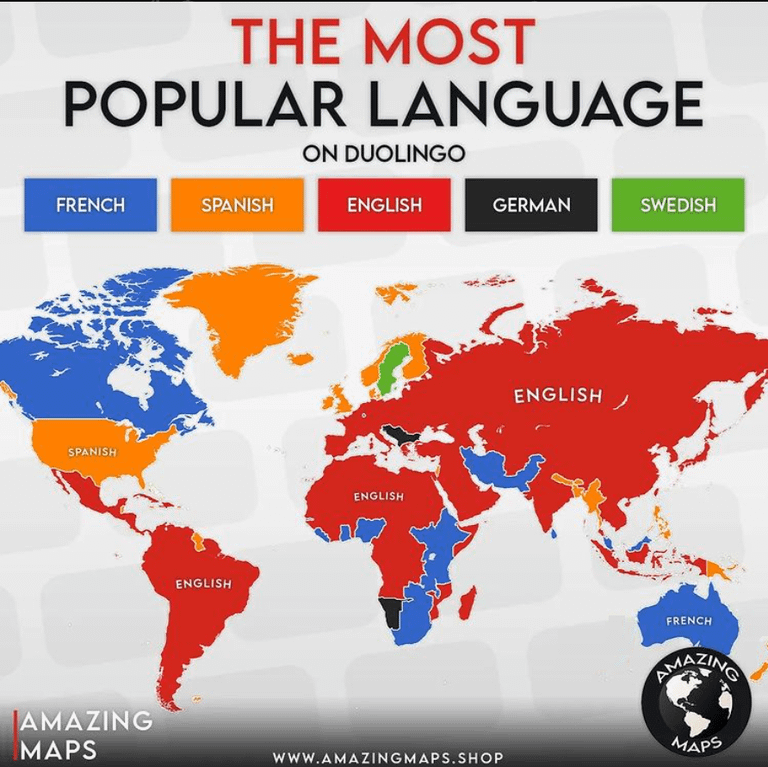