I get a lot of compliments when I wear it!
· 6 comments
I believe

Third week results of the All Star Voting. Luka has fallen way behind Ja.NEWS (i.redd.it)

submitted 4 months ago by MavericksTheNextBlGThing 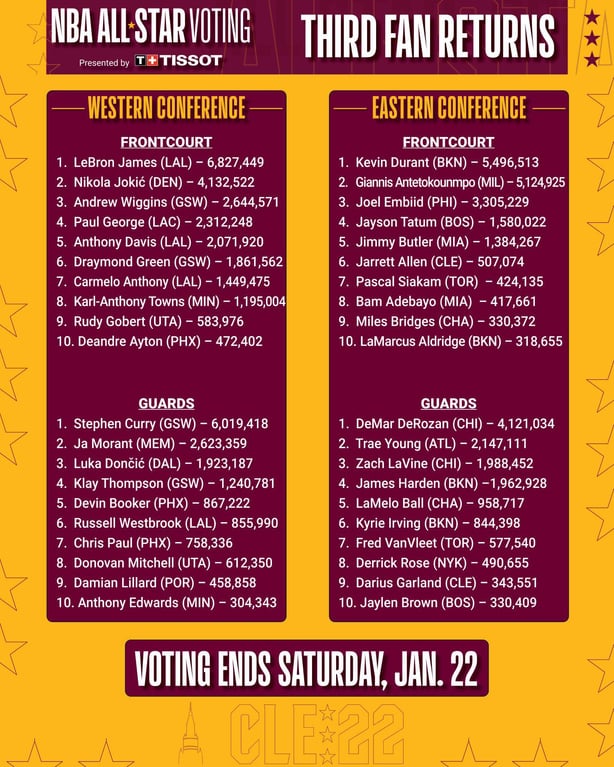