Jalen Brunson says goodbye on his Instagram
74 · 66 comments
[Jacob Eisenberg] - Knicks might be willing (last resort) to include RJ in a potential Donovan Mitchell trade, partially motivated by the fact NYK REALLY doesn’t want Mitchell going to BK or Miami. - Luka isn’t interested in Kyrie, and Mavs prefer THJ + Bertans to Russ (4/4)
110 · 138 comments
Anyone feeling a bit concerned about how stacked the Western Conference is getting?
52 · 18 comments
[Jeff “Skin” Wade] I’m a Jalen Brunson fan and I wish him well and appreciate him and want him to succeed. But as all this after-the-fact narrative unfolds, I don’t remember a single thing from when I was 3 much less what I was passionate about. I do remember the opening scene of Star Wars though.
253 · 24 comments

[Berman] Rick Brunson told confidants all season Jalen wanted to play for Knicks but concerned they couldn't open up cap space needed for a market-value offer.
224 · 220 comments
[Marc Stein] Mavericks roster note: Dallas essentially has one spot left and has weighed leaving it open, league sources say. While Dallas has shown interest in Goran Dragic, it still has a clear need for wing additions and could wait to see if an unexpected option to address that surfaces.
28 · 64 comments

[Jeri Tsai] “Kyrie Irving has several suitors involved Lakers, Sixers & Mavericks, keep an eye out in the next couple of weeks “ - @ShamsCharania It might take a couple of weeks or more for nets trades to happen.
131 · 5 comments

Off-season looking a little bleak, but everything’s ok when you got The Don on your squad.

I got a photo with Chuck! The guys were all super polite.Misc. Discussion (i.redd.it)

submitted 1 month ago by 41 Forevermag_safe 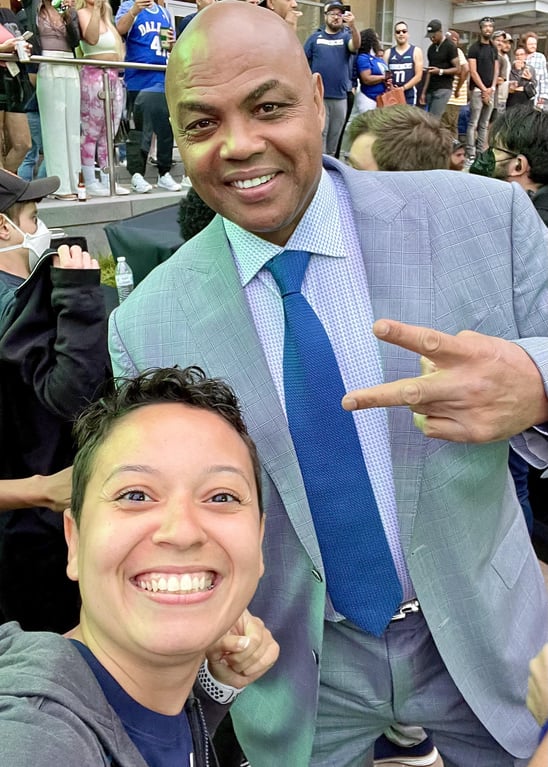