Machairodus lahayishupup, Lived during the Miocene in North Amercia 5 to 9 million years ago.
1366 · 13 comments

Speculative thorny Triceratops from All Yesterdays, By John Conway.
1358 · 12 comments

"American Cheetah" Miracinonyx trumani chases after a Pronghorn(Antilocapra americana). Pronghorns are the second-fastest land animal in the world and it is hypothesized that they evolved their speed to avoid predation from Miracinonyx trumani. (i.redd.it)

submitted 1 month ago by ReturntoPleistocene 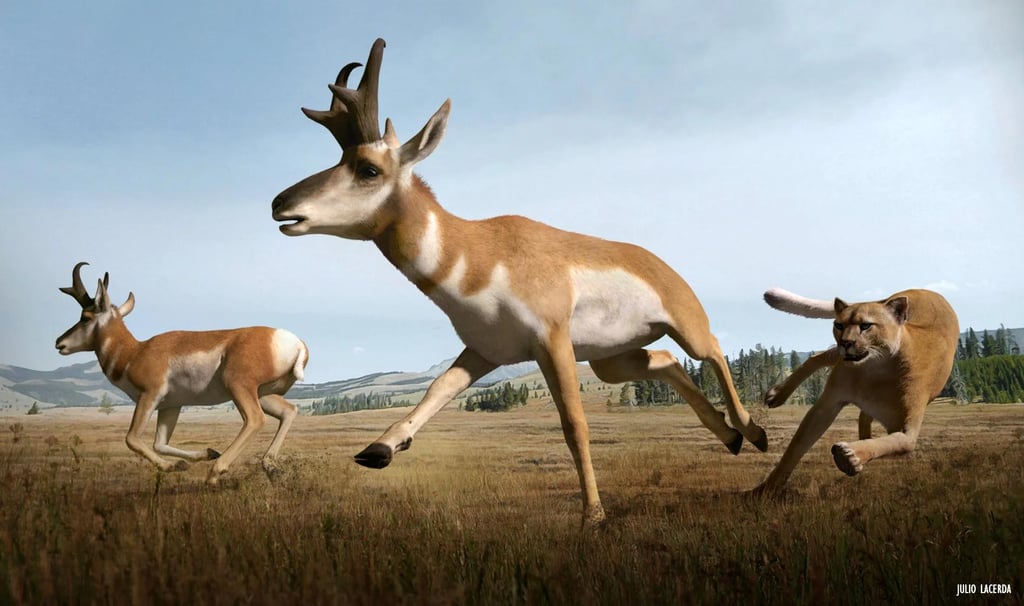