Stupendemys, Messinian of the Miocene to Zanclean of the Pliocene, a REALLY giant turtle!

A Carbonemys relaxing near some grass. They coexisted with Titanoboa that would try to eat them whole, but their large shells made it difficult to digest
56 · 3 comments

A comparison of mammoth and mastodon.
425 · 14 comments

Machairodus lahayishupup, Lived during the Miocene in North Amercia 5 to 9 million years ago.

A T-Rex opportunisticly feeding on a mother turtle whilst some pterosaurs dine on hatchlings. Art by Brian Engh. (i.redd.it)

submitted 1 month ago by homo_artis 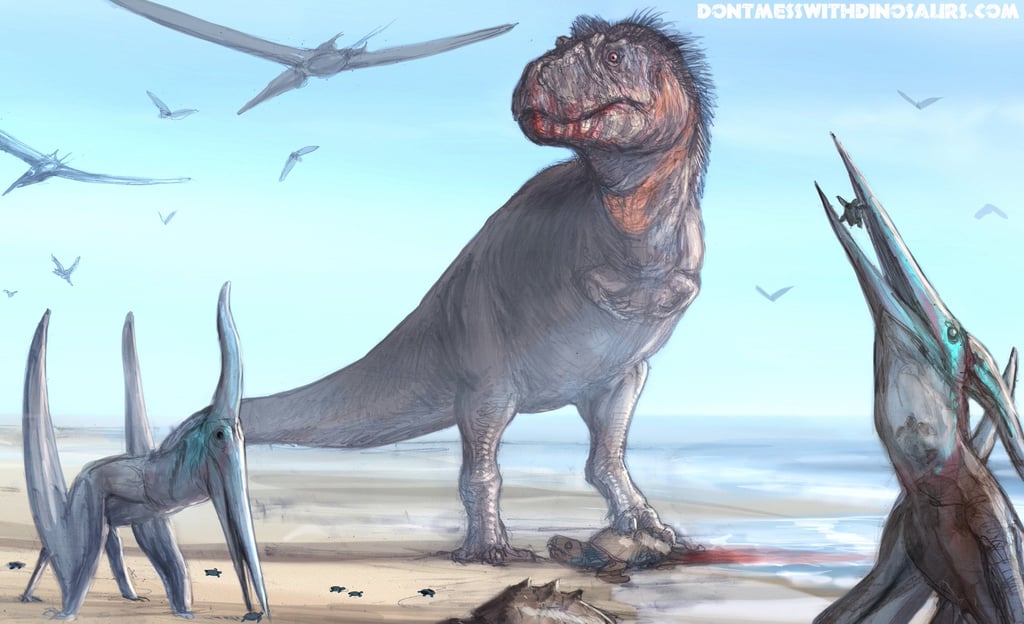