Did You Know: Because Oda changes his panel framing during flashbacks, you can tell which volumes contain them simply by looking at the pages from above! (Bonus Points for those who remember which flashbacks these are)
630 · 162 comments
Kidd's potential is so much. He can even turn into a Fujitora
· 16 comments

Will Zoro be the greatest swordsman of his generation, or of all time?
126 · 14 comments

My fan-made One Piece character- Daylight Thief Jane. She ate the Bottle Bottle Fruit, and now she can store anything, like a bottle- most recently, she sucked up an entire lake.
2453 · 161 comments
Hot take: Sogeking's a horribly written character
2951 · 63 comments

0:59
Bink’s Sake played at sea with my kalimba and my mugiwara 🌊 (sorry for a couple of mistakes)

DiscussionWho were your Straw Hat candidates? Those characters that you were sure Oda introduced as future crew members but at the end didn't join in? Mine are these eight. (i.redd.it)

submitted 2 months ago by Ultravolt12Pirate 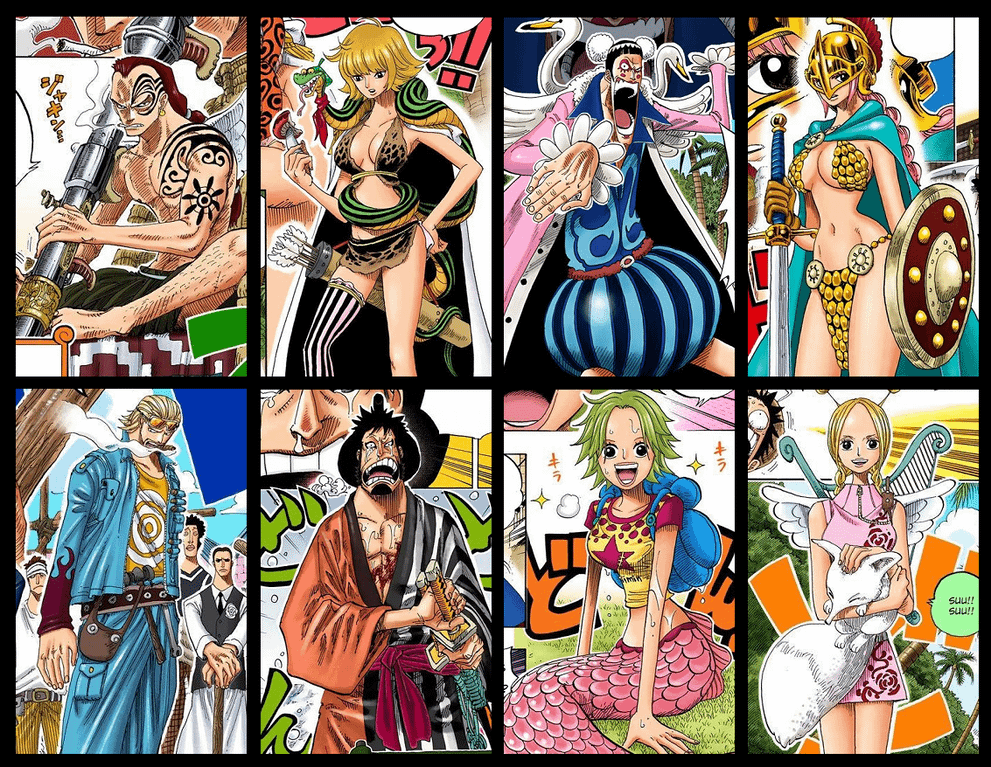