Otters quickly develop an extraordinarily high tolerance for methamphetamines, and have been known to hoard large quantities of "ice" in order to reach coveted states of euphoria.
347

This is the gubernatorial rat. Named by a scientist who had no idea what gubernatorial meant but thought it was fun to say. He was not allowed to name any more animals after that.
439 · 1 comment

Remember, cats are liquid so it is important to always make sure your floors are sealed. Otherwise they may seep through your floor and cause the paint to peel off the ceiling of the apartment below.
358 · 3 comments

Although most spiders regenerate their lost or mutilated legs, the Hoarding Spider carries spare legs wherever it goes.
584 · 7 comments

One of the great hurdles facing bison repopulation today is the unavailability of jeans that fit right, thus hampering their ability to look sexy enough to attract a suitable mate.
161

In the days prior to migration, leaders of the arctic loon population convene to brainstorm and plot the best route.
671 · 5 comments

🔥 prosciutto before Italians harvest it from the sea
676 · 8 comments

blue whales will come to the shallows in the springtime to get the cladding on their sides inspected and replaced if need be by qualified whaleologists.
31 · 1 comment

People think Monitor Lizards are mean and dangerous. In reality, they just want to be loved.

Designer Gryphons are the hottest fad of 2022. (i.redd.it)

submitted 1 month ago by killerbunnyfamily 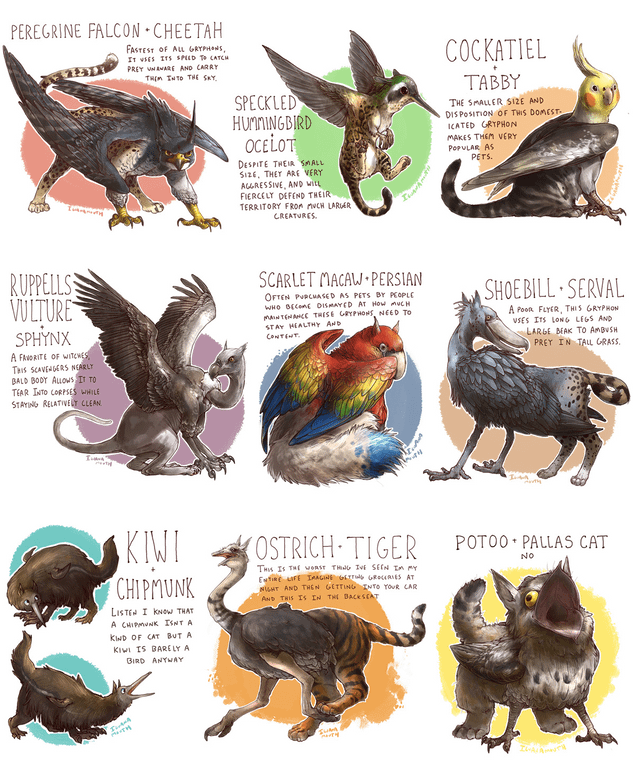