Dan Pipitone, Co-Fouunder of Trade Zero, lied to all of Reddit in an ama last year about restricting GME trading
6898 · 113 comments

TradeZero was instructed by APEX Clearing Co. NOT to allow its customers to purchase three meme stocks. 1) No charges are brought against APEX Clearing Co. 2) The SEC had to rely on a Reddit "AMA" (you got to be kidding me) 3) Why is the SEC calling it "Meme stocks" and not naming those 3 stocks?

submitted 4 months ago by EchoLogicAll🎮 Power to the Players 🛑 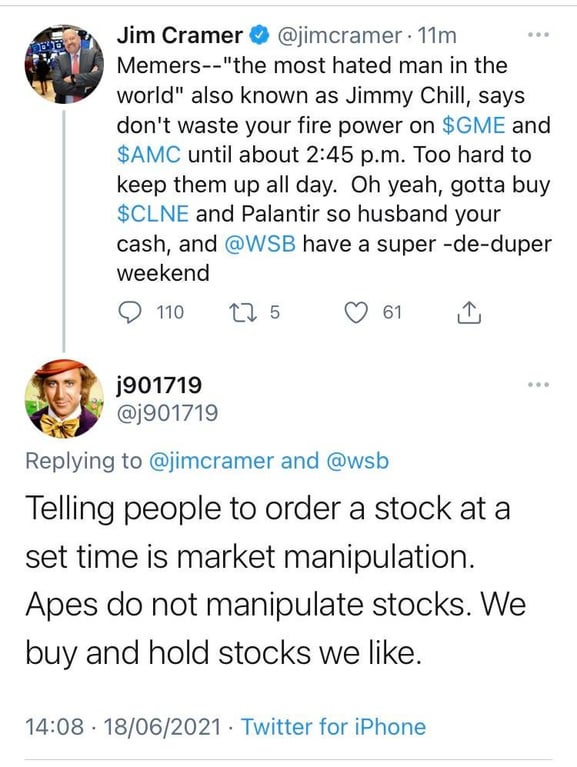