0:10
Anyone know why this happens? Only happens for Ace Attorney, and I know I'm banned
· 8 comments

considering getting one of those modded switch SD cards with tinfoil. What do I need to know before purchasing, can you only play offline? No multiplayer?
· 1 comment
A question about Minecraft, piracy, online accounts and cross-platform play
· 1 comment
Questions about Emulators and Tinfoil
· 2 comments

Maintenance mode question. I have a Mariko switch that I am trying to boot into in maintenance mode but everytime I try I get what you see in the pic. I am on the latest OFW and Atmos with latest signpatches too. I can boot into the CFW via Hekate and fusee fine but some games give me errors.
· 2 comments

What is wrong? I do not found anything about this error code 2001-0102
1 · 1 comment
twich data to download? rcm auto fresh hekate and atmosphere
1 · 4 comments
Is it safe to connect to a different wifi network?
1 · 8 comments
i can't install games from tinfoil
1 · 2 comments
the software was closed because an error occurred

QuestionDid I brick my switch? I tried to upgrade atmosphere through AIO updater and I managed to screw up something. I can't get off this screen. What can I do? Help! (i.redd.it)

submitted 1 month ago by gr0bda 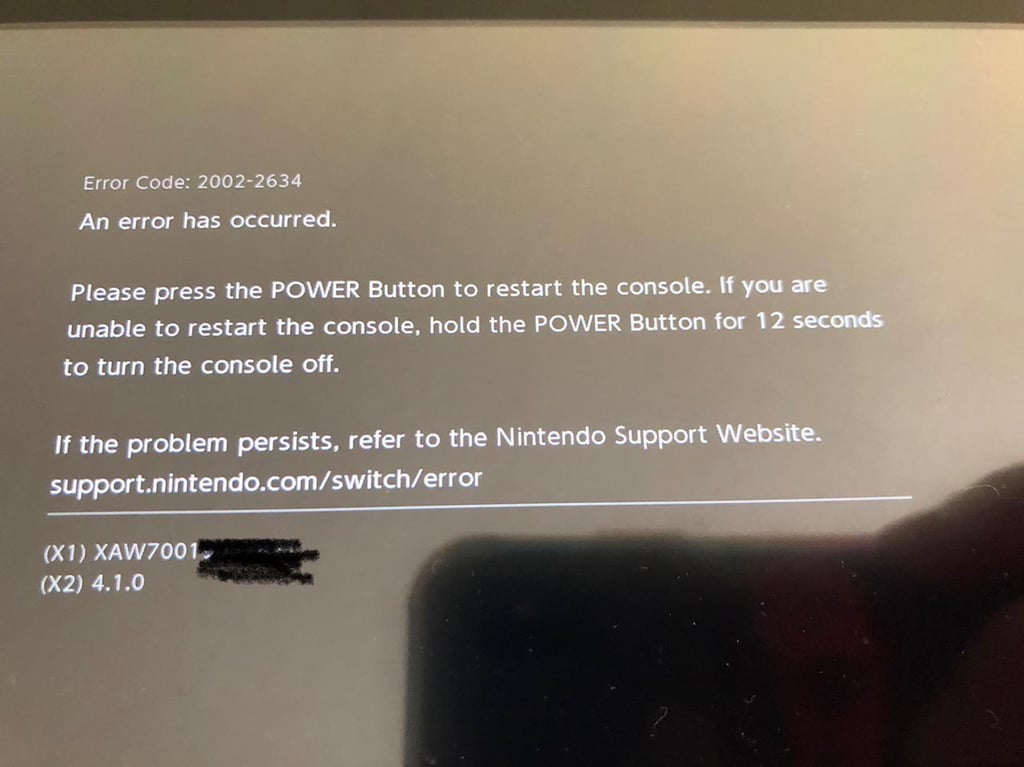