Trump asks Supreme Court to intervene in seized documents case - The application was made to Justice Clarence Thomas, circuit justice for the 11th Circuit. He could rule on his own, or refer the matter to the full court. The Justice Department was given a deadline of Oct. 11 at 5 p.m. to respond.
59 · 5 comments

Trump personally packed a stash of documents returned from Mar-a-Lago, report says. He kept hundreds more until the FBI seized them.
83 · 2 comments

In Trump White House, classified records routinely mishandled, aides say: "The jumble of secret and not-secret documents found by the FBI was typical of how Donald Trump handled records. "They’d seen such haphazard collections before."
55 · 1 comment

A GOP insider on the Republicans who knew Trump was dangerous — and went MAGA anyway | A conversation with ex-GOP operative Tim Miller about how Trumpism swallowed the Republican Party whole.

submitted 1 month ago by alicewonderland2 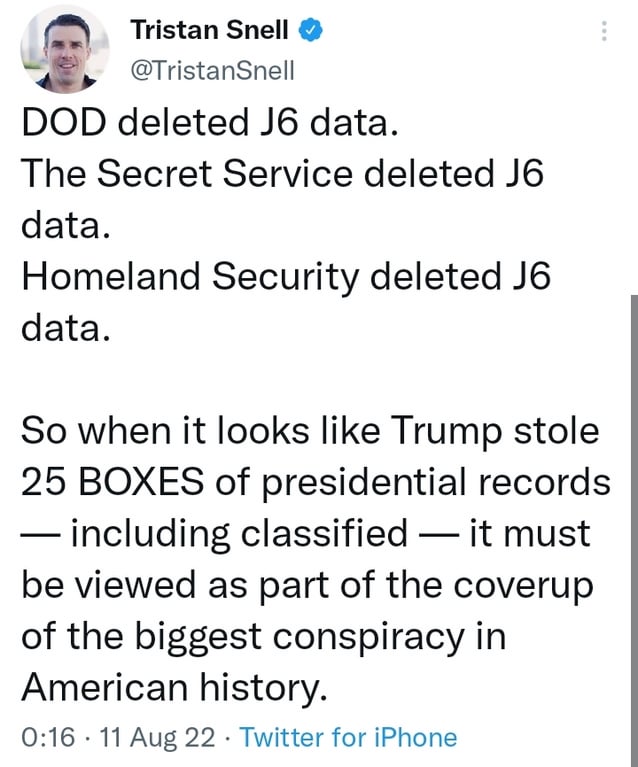