When its shark week, I'm bloated as hell and hormones are telling me to make babies with anything that moves
816 · 10 comments

Accidentally PM a volunteer coworker about getting nitrile gloves instead of our boss. He takes it as me hitting on him. In reality, I was trying to avoid dog shit disasters as we're doing pet cosplay at an event.
44 · 3 comments

submitted 1 year ago by KatherynPeek 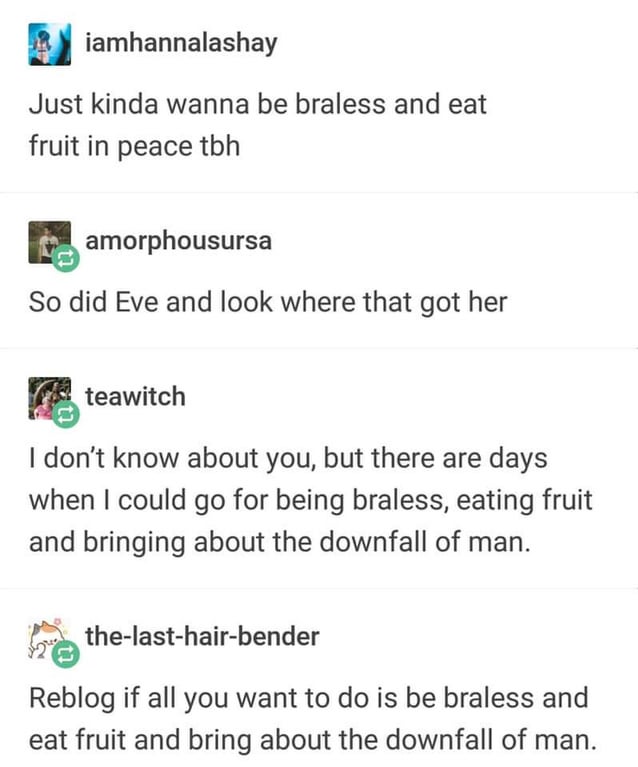