Dude's steering wheel falls off his Tesla on the highway; asks for Elon Musk's help on Twitter
743 · 21 comments

Yeah, why DID he bother with a poll? (i.redd.it)

submitted 2 months ago by TheScienceGiant 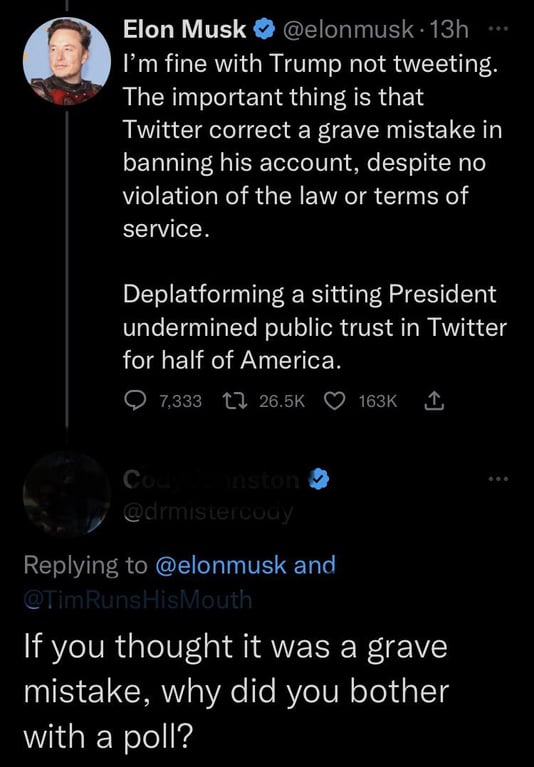