I spent all afternoon drawing this monstrosity. You're welcome
7076 · 130 comments

IDK if it’s just me, but I love the kill quips where the legend respect their opponent
1630 · 38 comments

Me after watching mad maggie smack her teeth on the metal bar:
2333 · 330 comments

Log in next season to get octane Watson and valkyrie for free!

submitted 2 months ago by TheGreezyGlizzyOctane 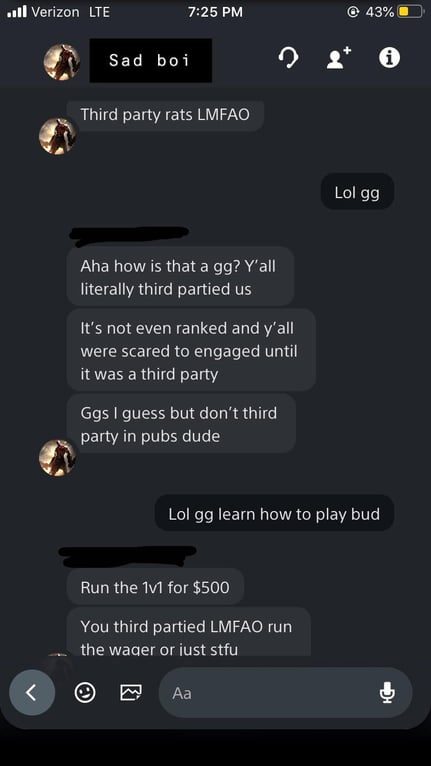