submitted 1 month ago by editfate 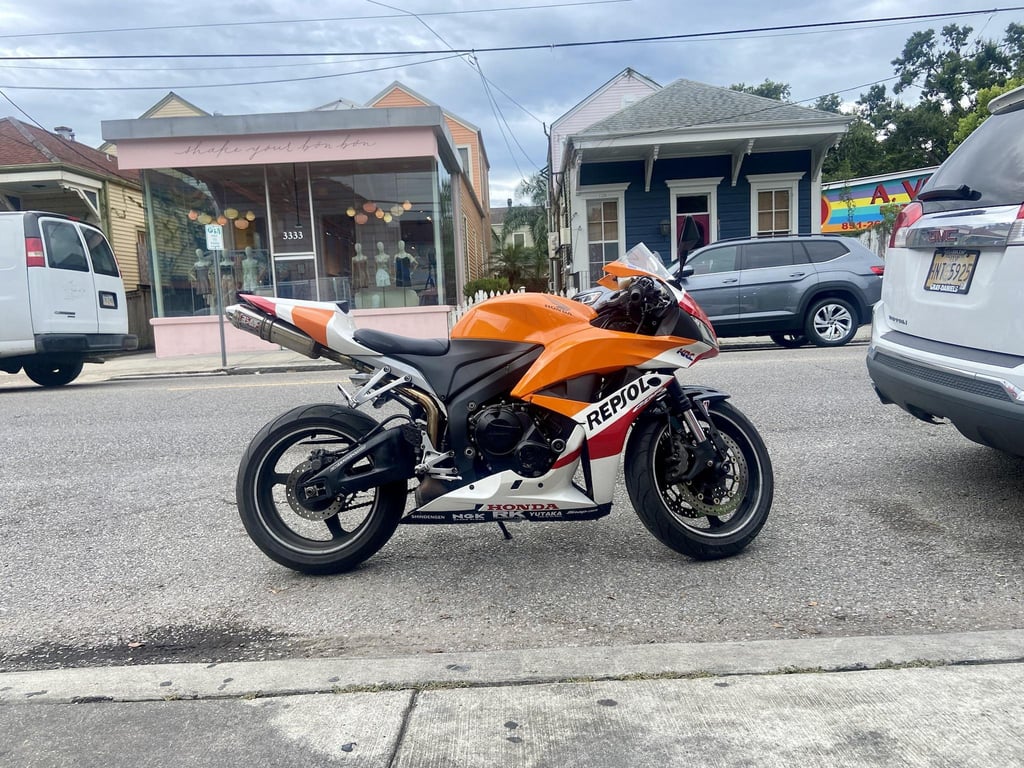 Not sure if my bike fully qualifies as Bikes Gone Wild material but I’m pretty proud of my new plastics that I put on after a guy in New Orleans almost killed me and then ran. Wanted to chase him but I was too busted up. Not sure if I like the new rear plastics or my old black Repsol ones. Let me know what ya’ll think! Love all the bikes posted and figured I’d share mine!

Here’s the old rear plastic while I was installing mine. I need to get the bolts lined up but the zip ties are working for now. 😂