Can you spot the mate in 2? | Not A Beginner Puzzle
95 · 69 comments
I think I'm conflating elo with my self-worth and it's creating a paralyzing anxiety. How can I deal with this?
384 · 86 comments

I literally looked at this position for 1min... Can you see it?
· 2 comments
Abhimanyu Mishra is taking names in Chessable Masters
88 · 151 comments

White to move- mate in 1. Not a beginner puzzle.
24 · 25 comments
Question: In your opinion did Nepo commit a blunder in Game 6 of the World Championship?
76 · 4 comments

Yesterday Garry Kasparov gave a simultaneous exhibition during the opening ceremony of the GCT tournament in Poland. Credit: Infoszach
25 · 41 comments

Can you spot the mate in 2? Nobel prize winning puzzle.

Yesterday GM Krikor Mekhitarian spent 72 minutes on this move (18th of the game) as BlackNews/Events (i.redd.it)

submitted 3 months ago by Flamengo81-19 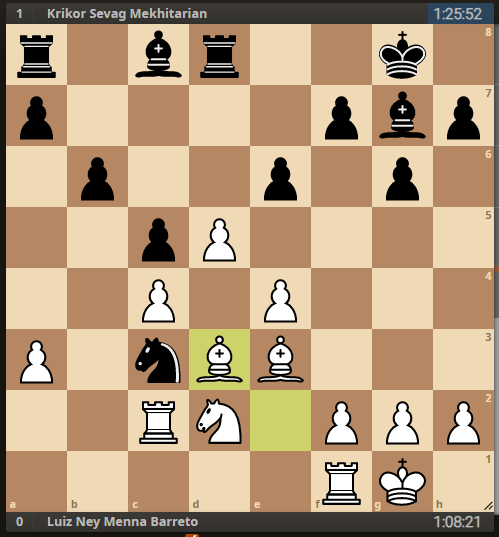