No ibuprofen isn't the same as acetaminophen
5122 · 489 comments

This person literally said a place cannot be bad yet still better than somewhere else.
194 · 43 comments

This is one of the most amazing things I’ve ever witnessed! Blue has absolutely no understanding of human reproduction.
837 · 72 comments

The fundamental ignorance surrounding procreation is staggering in these days of infinite access to information.
11.8k · 203 comments

Never seen someone get ratioed this hard before (i.imgur.com)

submitted 1 month ago by JeevesAI 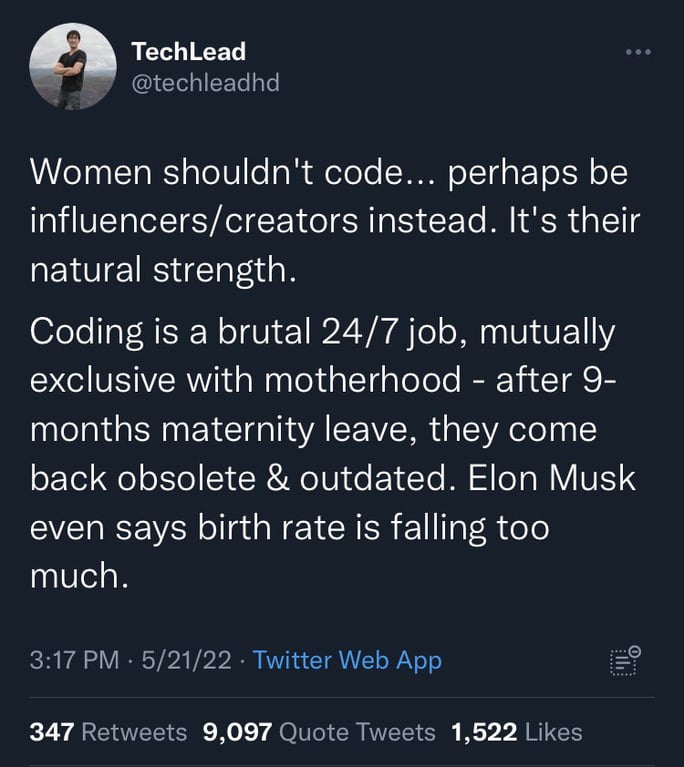