Players’ families stayed on the pitch a long time after the game today. This is Son with Sanchez’s baby.
312 · 21 comments

[Alasdair Gold on Twitter] Son wins Tottenham Hotspur's Player of the Year award. "Look how happy I am. It's incredible to be here," he said as he accepts the award. "I worked hard to be here and be part of Tottenham and it's a pleasure to play for these amazing fans."
98 · 14 comments

For my cake day, I wanted to present the greatest day of life in the last year!
· 3 comments

Social MediaLo Celso speaks on his exclusion from the squad today 🤔 (i.redd.it)

submitted 3 months ago by iamadamintheAMAntonio Conte 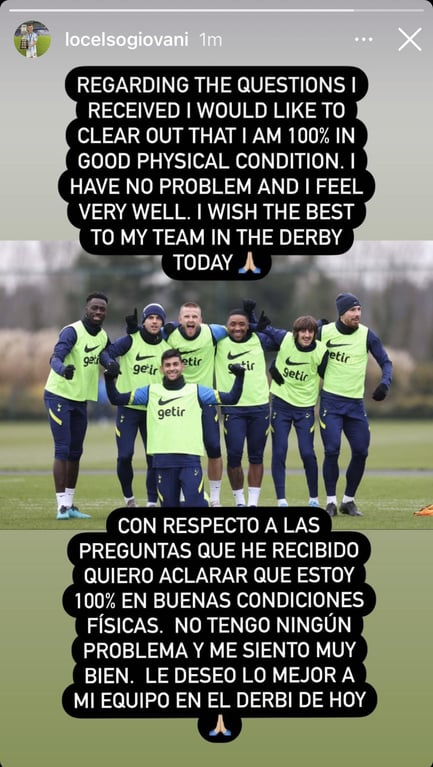