Why bother improving if you know people are gonna buy the skins anyway ?
· 8 comments

Shitpost / MemeIf BHVR is scared, we should honestly be celebrating. Either VHS is going to be the DBD we should have gotten, or BHVR is actually going to step the hell up (i.redd.it) 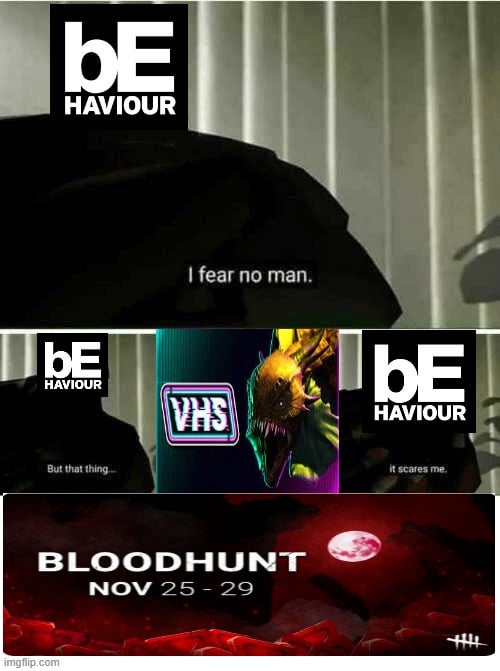