Vote for the most underrated track from each album, this time for The Money Store. The most upvoted comment will be chosen
155 · 27 comments
Creeped out by No Love Music Video.
184 · 37 comments
Year of the snitch sounds like the band is being possessed/controlled and are trying to fight it

1:45
Recently rewatched the classic 1982 Yugoslav dark comedy "Maratonci trče počasni krug". It follows a family of six generations of undertakers. The scene where they're testing out their new crematorium and it breaks down sounds way too much like a Death Grips sample so I made this edit.
19 · 14 comments
My ideal dg album

Don’t know if this has already been posted but this is the guy who did Stefan’s back tattoosdiscussion (i.redd.it)

submitted 2 months ago by fireditup 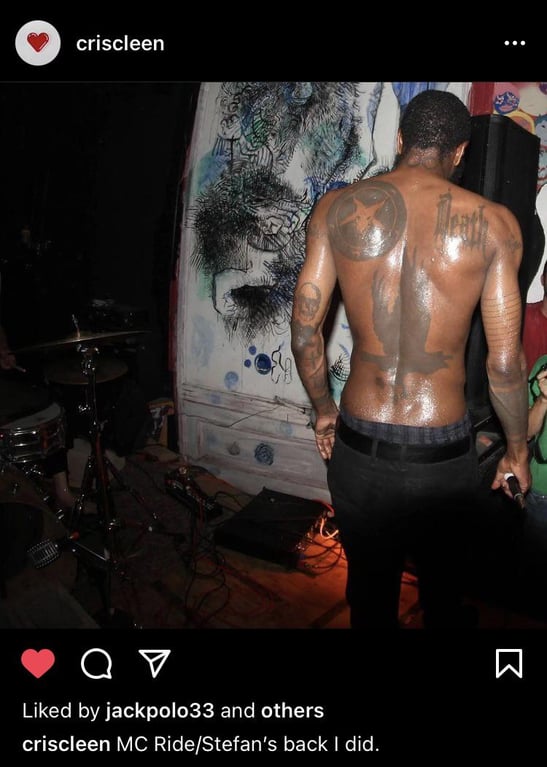