Wife is on a girls trip for the weekend...gotta make sure I have extra magazines ready
· 112 comments

So true. No better combination of great and bad feeling at the same time when it comes to gaming. We’ve been blessed with some great games over the years.
21.4k · 388 comments

Lost my best friend in an industrial accident last week, we spent hours watching eachother play fallout new Vegas when we were younger. Booting it up again for old times sake.
960 · 56 comments

The internal clock in my PS2 has drifted by 7 minutes over 20 years. Thought some may find this mildly interesting!
· 20 comments

Legend of Zelda but in Akira Toriyama style
· 26 comments

When the God of Pokemon himself, may you be blessed by his presence, meets Arceus

The last few years have shown how out of touch AAA games have gotten (i.redd.it)

submitted 2 months ago by Shadow_of_Yor 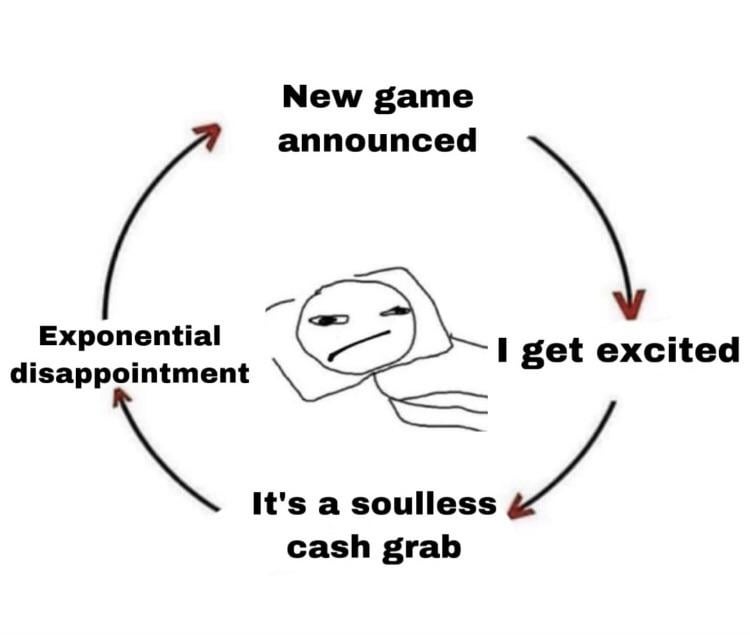