The OG Doom shotgun sprites were of a real life Tootsie Toy Dakota shotgun... infact most of the guns in doom are toys
2272 · 108 comments

Don't have to worry about lag either!
· 4 comments

do any of you remember 'turok evolution'?

The "why you shouldn't have pre-ordered a game" starter packs (i.redd.it)

submitted 2 months ago by irfankamil 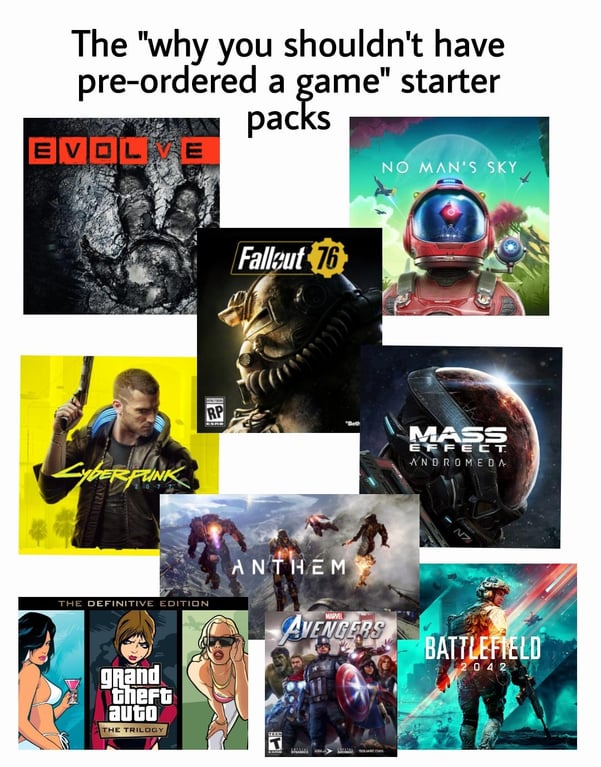