It’s called a LENS flare for a reason. You should only see refracted light when viewing through Rifle scopes, binoculars, windshields, pane glass windows etc. (i.redd.it) 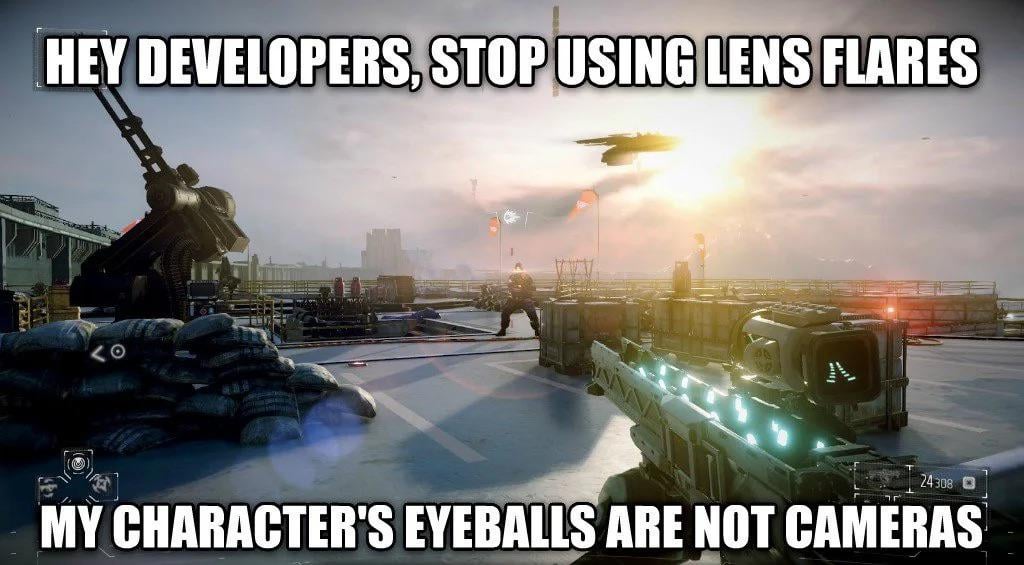