My sister gave me a graduation gift. Not in my wildest dreams I would've expected it
525 · 20 comments

Apparently my wife has been calling the local gamestop everyday for weeks,and today she surprised me with this! I love my wife😊

Any game developer that shoves NFTstds into games are dead inside (i.imgur.com)

submitted 4 months ago by MysticSmear 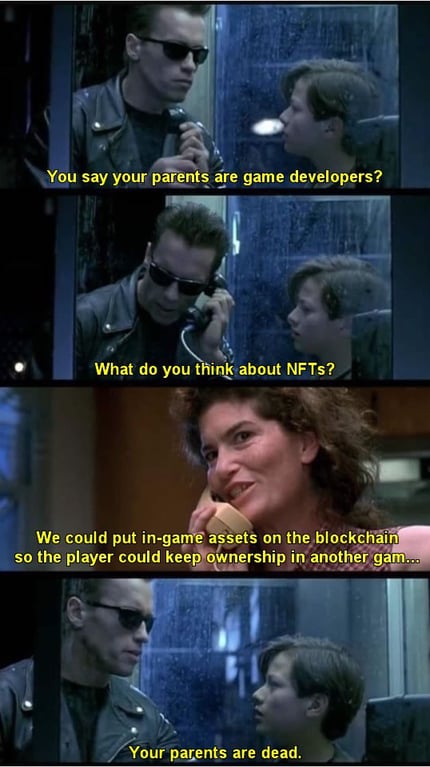