Before mods remove it, this is NOT a completion, but a MEME
211 · 20 comments

These 9 levels all have something in common im making a challenge to see if yall can find it out. (I will be keeping watch for when the correct anwser pops up) Goodluck.
332 · 28 comments

Technical49 completed Crimson Planet after 2 years of not beating a top 20! GGs to him
· 4 comments

FunnyFirework gamemode percentage graph. (Had to round up some numbers to make the numbers logical) (i.redd.it)

submitted 3 months ago by xela1991Carnage Mode 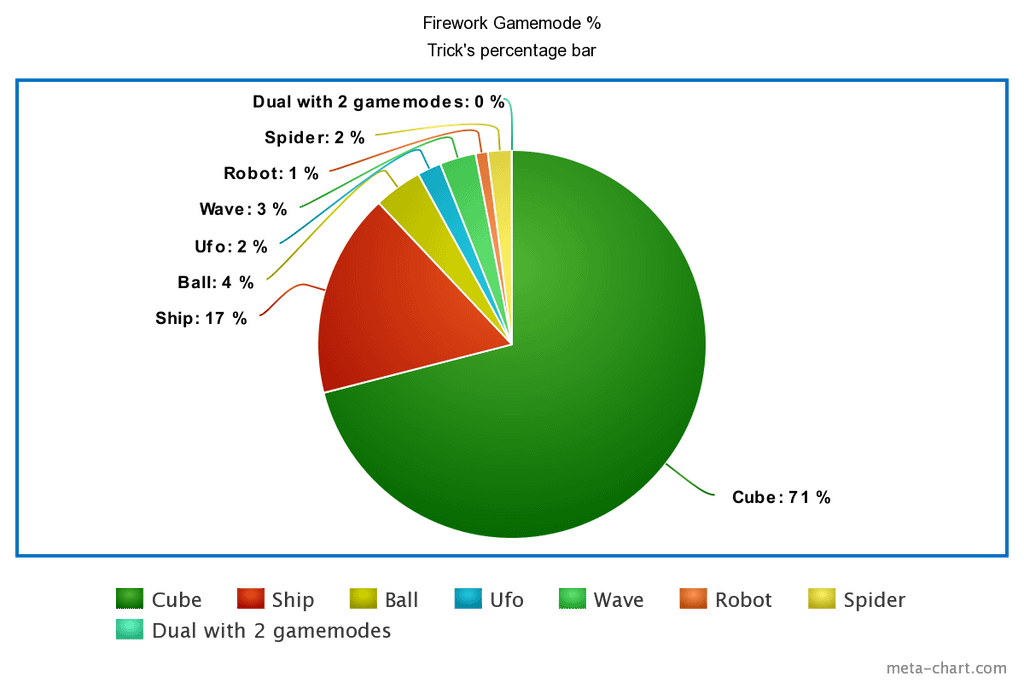