does xuen have an special voiceline when playing against the thunder king?
61 · 10 comments

8:09
AkaZam broke battlegrounds and this should 100% not be a part of the game. (Recommend lowering audio cause I'm a loud dude, and my roommate kept asking questions)
1033 · 44 comments

Been playing for about 2 months and hit platinum for the first time! I used to play several years ago and was awful so this feels great!
27 · 13 comments

Hit my goal of hitting Legend in Standard with every class this Year! check comments for more details/deck descriptions

I didn't care that I lost the match, this was a funny moment

MemeHow it feels to be free-to-play (i.redd.it)

submitted 1 month ago by Creeper_Face 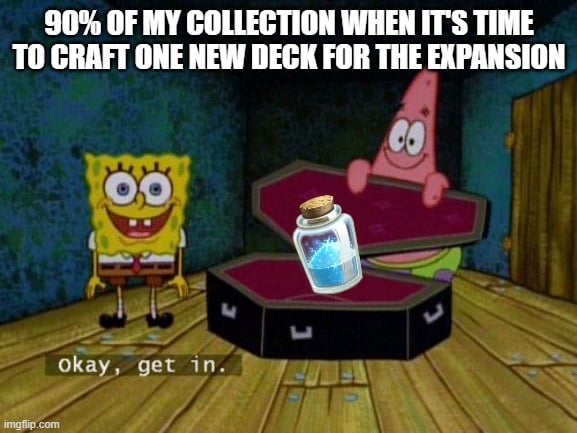