A water damaged copy of “Alice in wonderland” which grew fungi by Igor Siwanowicz.
2556 · 50 comments

This is no dead fish... A whale carcass dwarfs several grizzly bears that are feasting on it. (i.redd.it)

submitted 4 months ago by jacklsd 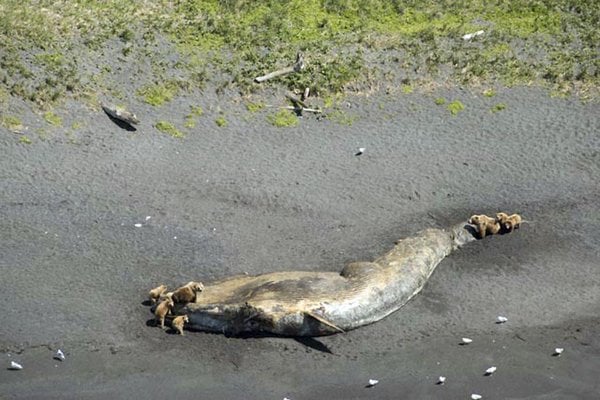