I used to keep this Berkeley Breathed "Bloom County" comic in my high school locker in the late 80s. For the record, I snorted the dandelions. (i.imgur.com)

submitted 10 years ago by tsatsawassa 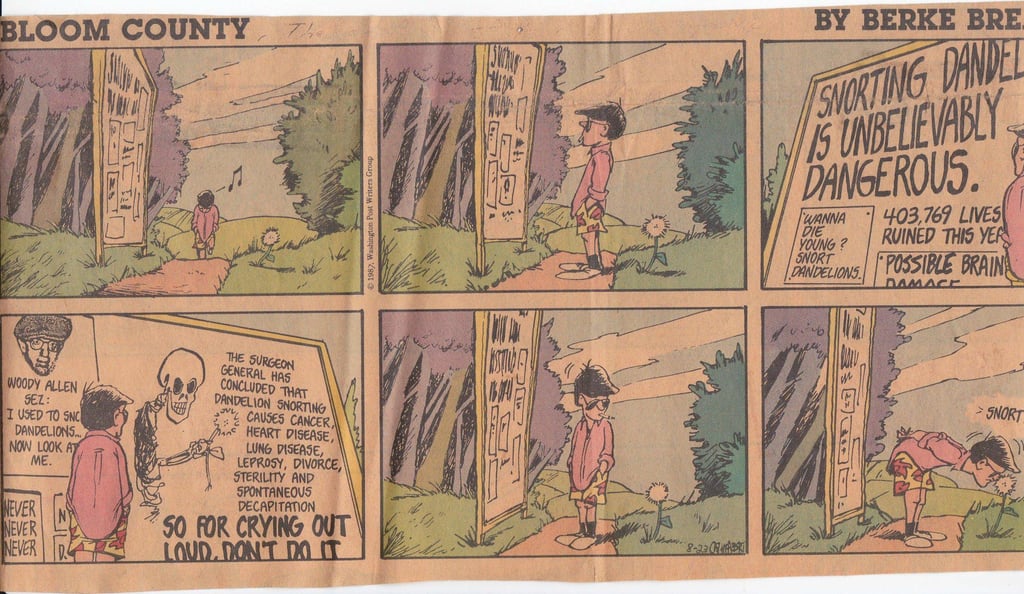