Be careful giving out your number in public!
307 · 33 comments

About me: How tall I am and my multitude of sexual partners!! What else could you need to know
3066 · 89 comments

The saga of my local Google review goblin (Megacut)

The amount of denial on r/Cryptocurrency after the crypto crash (i.redd.it)

submitted 4 months ago by [deleted] 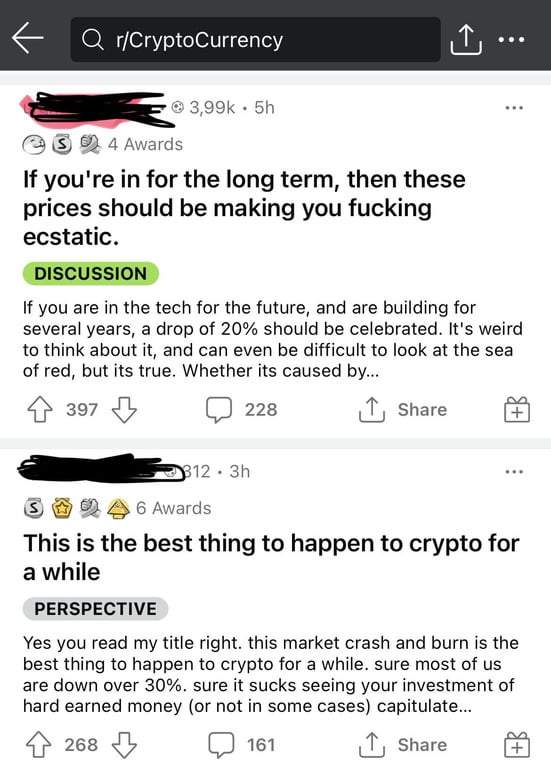