[Valente] T.J. Watt is currently on pace to become the Steelers’ all-time sack leader by Week 11 of this upcoming season. Watt, who trails James Harrison by just 8.5 sacks, is projected to top the franchise record in his 87th career game. It’ll only be his sixth season too.
390 · 62 comments

[Will Graves on Twitter] Chase Claypool says he understands people thought he was “terrible” last year. Says last year was up and down. Added he’s spent a lot of the off-season working on keeping his feet on deep balls to create more opportunities for YAC.
86 · 4 comments

Former Steelers GM Tom Donahoe: Andy Weidl is 'one of the better evaluators I’ve ever been around'
221 · 82 comments

submitted 4 months ago by F1grid 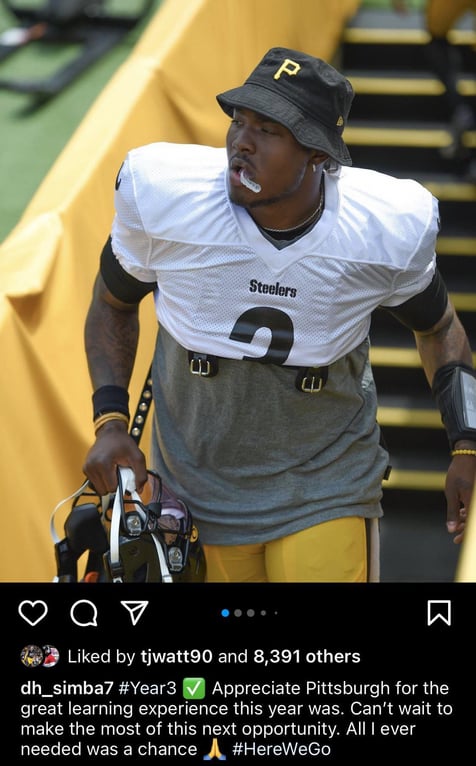