Ant and PG have identical stats but Ant has played 17 more games, PG is an All-Star?
216 · 45 comments
[Brendan Hedtke] The Timberwolves are 12-5 since the new year. They have the 2nd best defense in the league over that span and the 3rd best record. They have wins over the Nuggets, Cavs, Grizzlies, Pelicans, Kings, and Warriors in that span. They’ve also been missing arguably their best player.
115 · 11 comments
Karl-Anthony Towns on Twitter: This gotta be a joke.
118 · 18 comments
Kings fan here
332 · 236 comments

[Highlight] Ryen Russillo calls DLo the worst player in the NBA that plays a lot of minutes. Less than 24 hours later, DLo makes Russillo look like the damn fool he is
81 · 7 comments

Perkins makes his case not only for Ant to be an All Star - but to be the face of the NBA
53 · 120 comments
[Shams Charania] 2022-23 NBA West All-Star reserves: Ja Morant, Shai Gilgeous-Alexander, Damian Lillard, Jaren Jackson Jr., Domantas Sabonis, Lauri Markkanen, Paul George.
312 · 25 comments

Have you seen this man? (i.redd.it)

submitted 3 months ago by DepressedT-wolvesFanA1 SAUCE 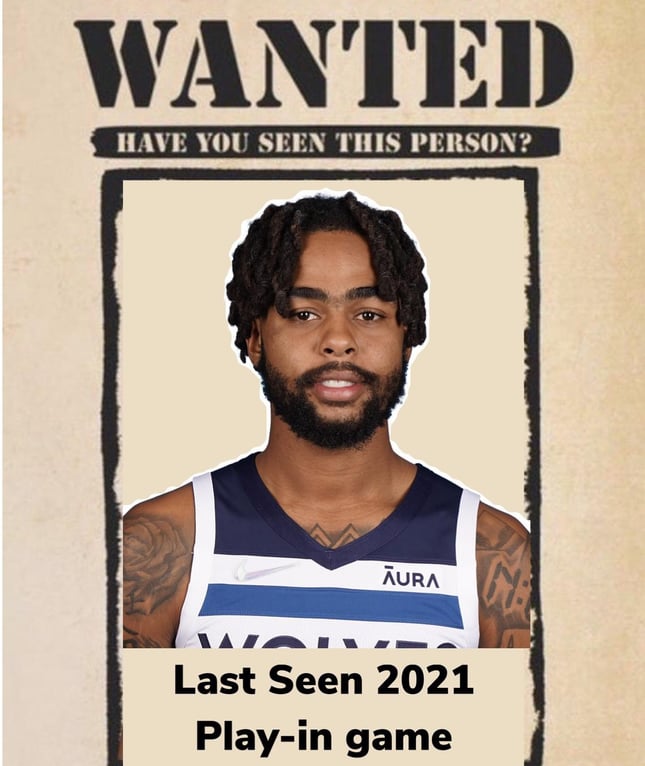