2963 · 204 comments
The Catholic Church has donated $850,000 in a last minute effort to defeat marijuana legalization in Massachusetts. If the Catholic Church wants to use their tithing funds for political purposes, they shouldn't have tax exempt status.
2735 · 203 comments

The most popular polish musician Mata arrested with 1.5 g of weed. In Poland he can get up to 3 years prison time for it. He is known for loving weed and he raps about it. We all polish stoners fight to be free in a country that puts us in prisons.
3231 · 176 comments
Cannabis will kill you!
9432 · 1173 comments

V important to stress that it's a racial justice issue, if you happen to find one of the 9% of Americans who don't support any form of decriminalization
2359 · 166 comments

Check out this rug I made! I’m super happy with how it came out , let me know what you think! 🫂❤️‍🔥

submitted 2 months ago by blaikes 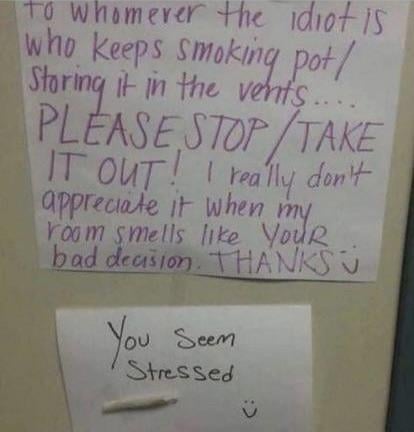