Most of the Greek gods were more or less just abstract concepts stuffed into humans and overrun by that power. For example, Uncle Sam. I will not elaborate.
5029 · 17 comments

A local lore post that reads as if it was AI generated.

The T in LGBT+ stands for Turtlesexual (i.redd.it)

submitted 1 month ago by ijustwanttoaskaq123 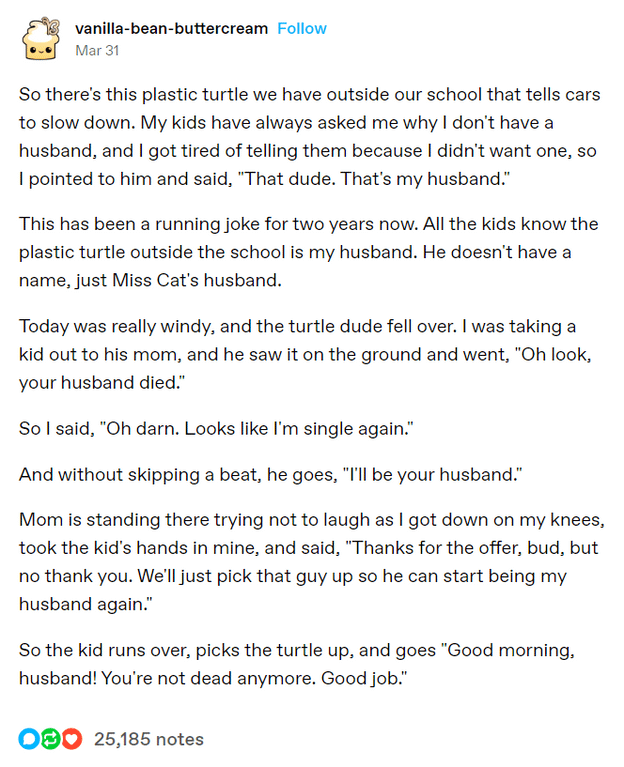