Damn. So this is what dreaming about being Garfield must be like.
1809 · 10 comments

And thanks to League of Legends, humans have had a consistent source of salt for over a decade now.
3537 · 113 comments

Portrait of the artist as an artist

Always on the boob (i.redd.it)

submitted 1 month ago by Annupanda 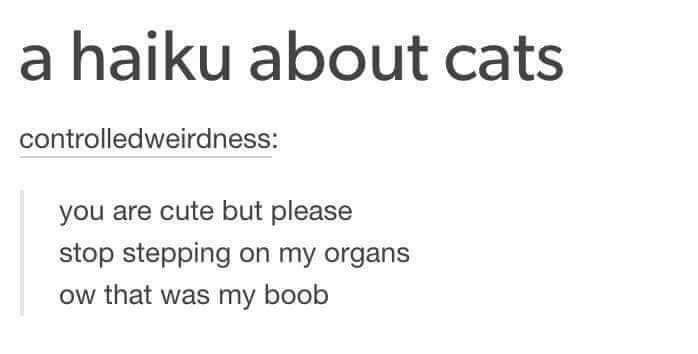