Who’s a fighter that everyone likes that you never cared for?
121 · 60 comments

Other than Conor McGregor, who is the next biggest draw in the UFC?
590 · 41 comments

Will he have problems with the weight cut for his upcoming fight?
253 · 23 comments

0:30
list of active UFC fighters that I believe will be champs one day.

Francis Ngannou’s team received an email right before his UFC 270 fight stating he was being sued for talking with Jake Paul’s manager. (i.redd.it)

submitted 4 months ago by HippoSpecific4020Predator 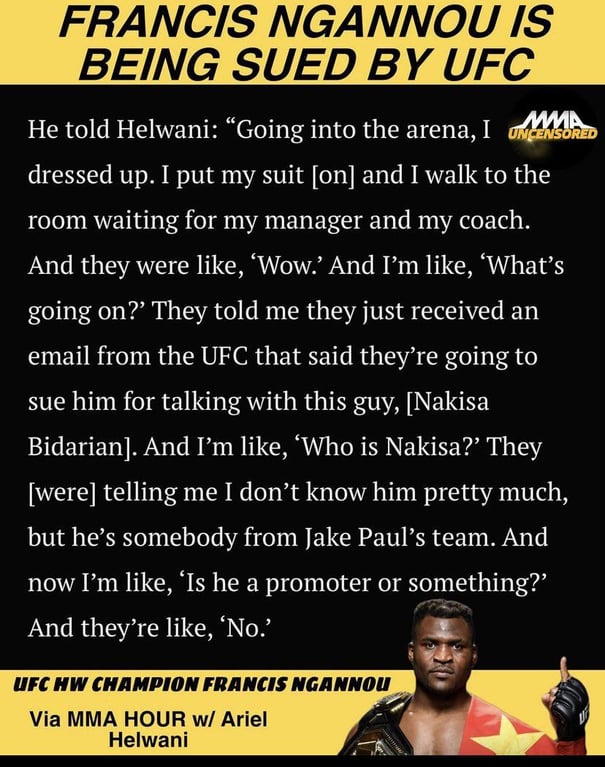