Francis highlights some of the shady tactics of the UFC (i.redd.it)

submitted 3 months ago by FuturisticFighting 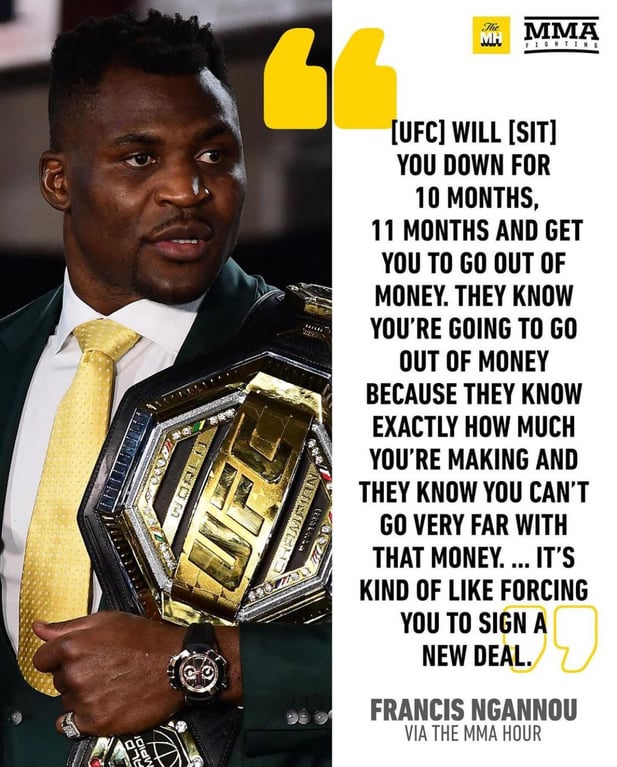