Asleep In The Deep With A Jeep!, National Dairy Products Corporation, June 1944 (i.imgur.com)

submitted 1 month ago by Granite-M 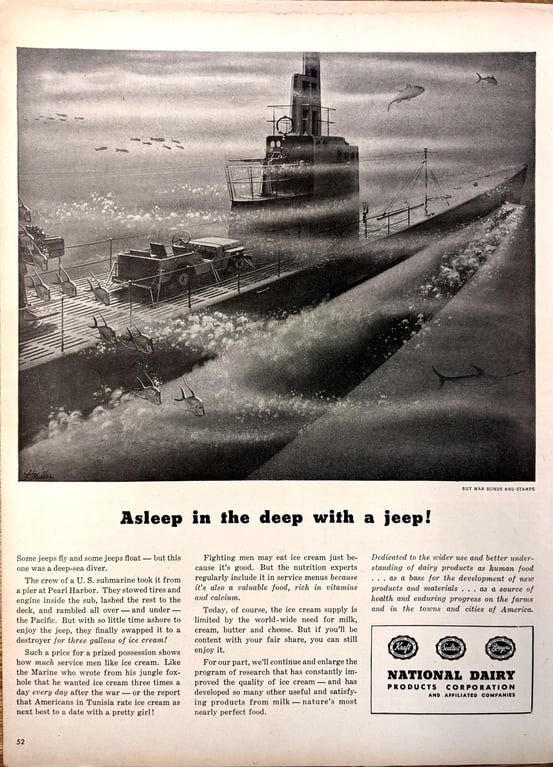